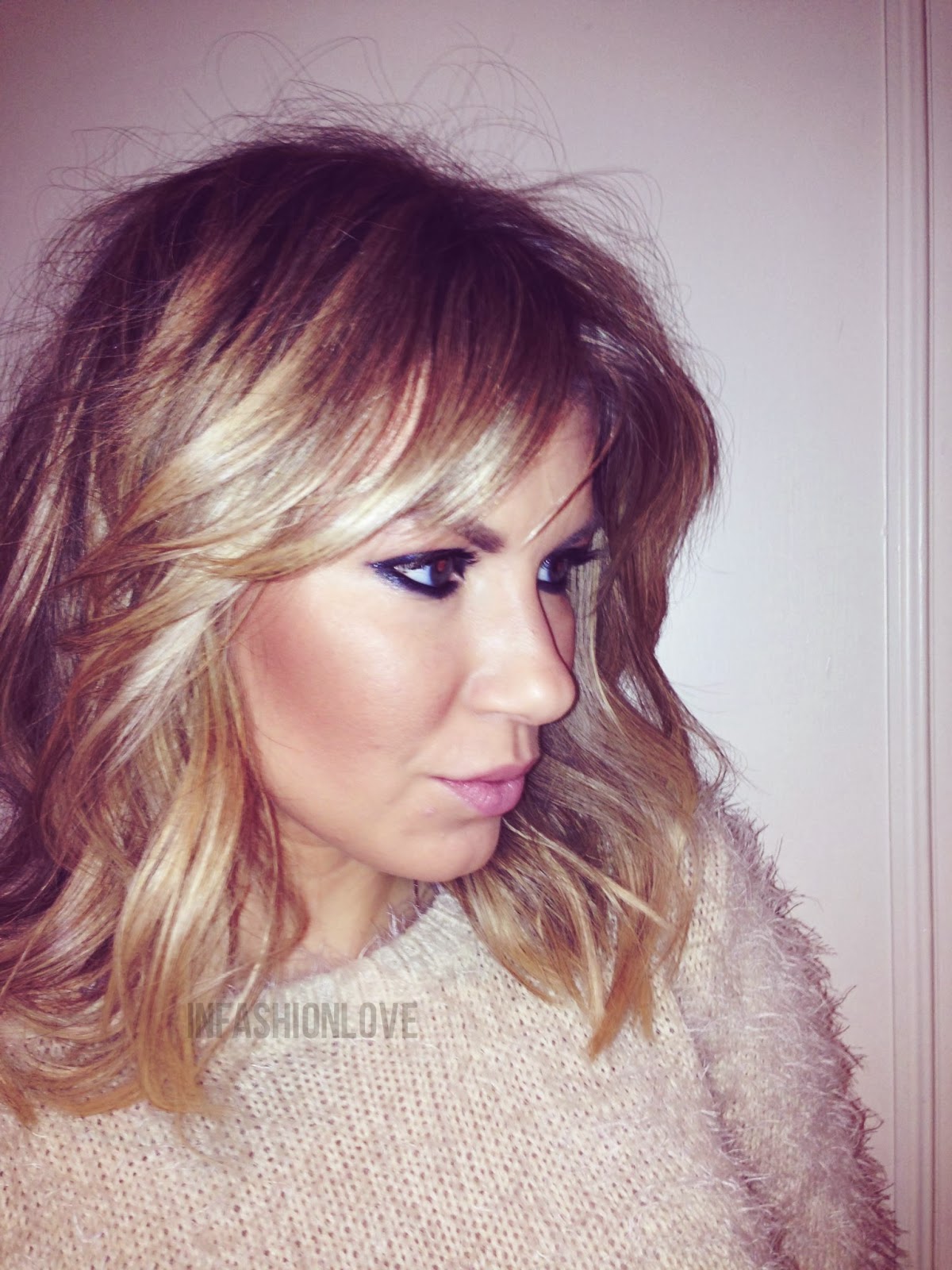 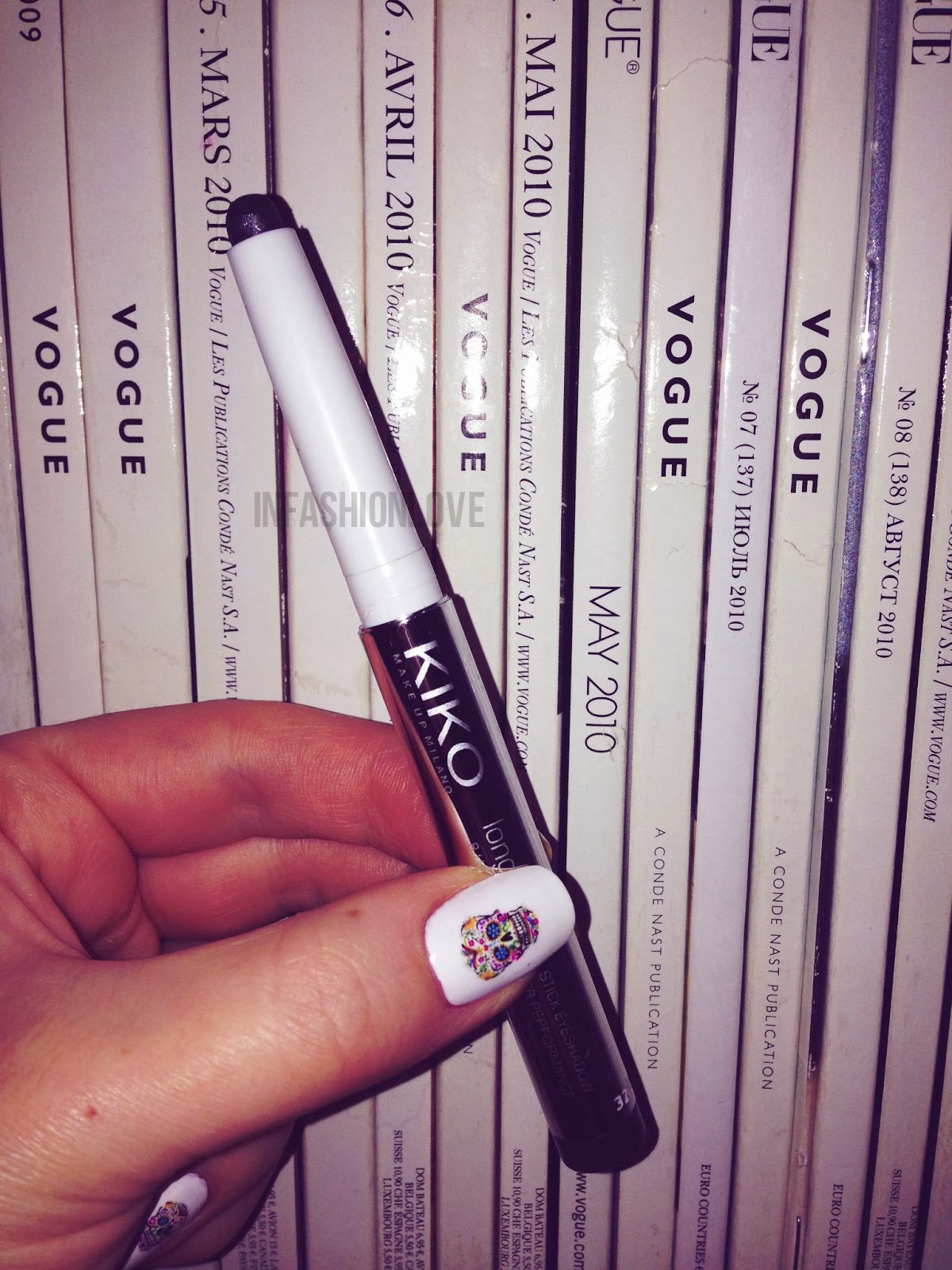 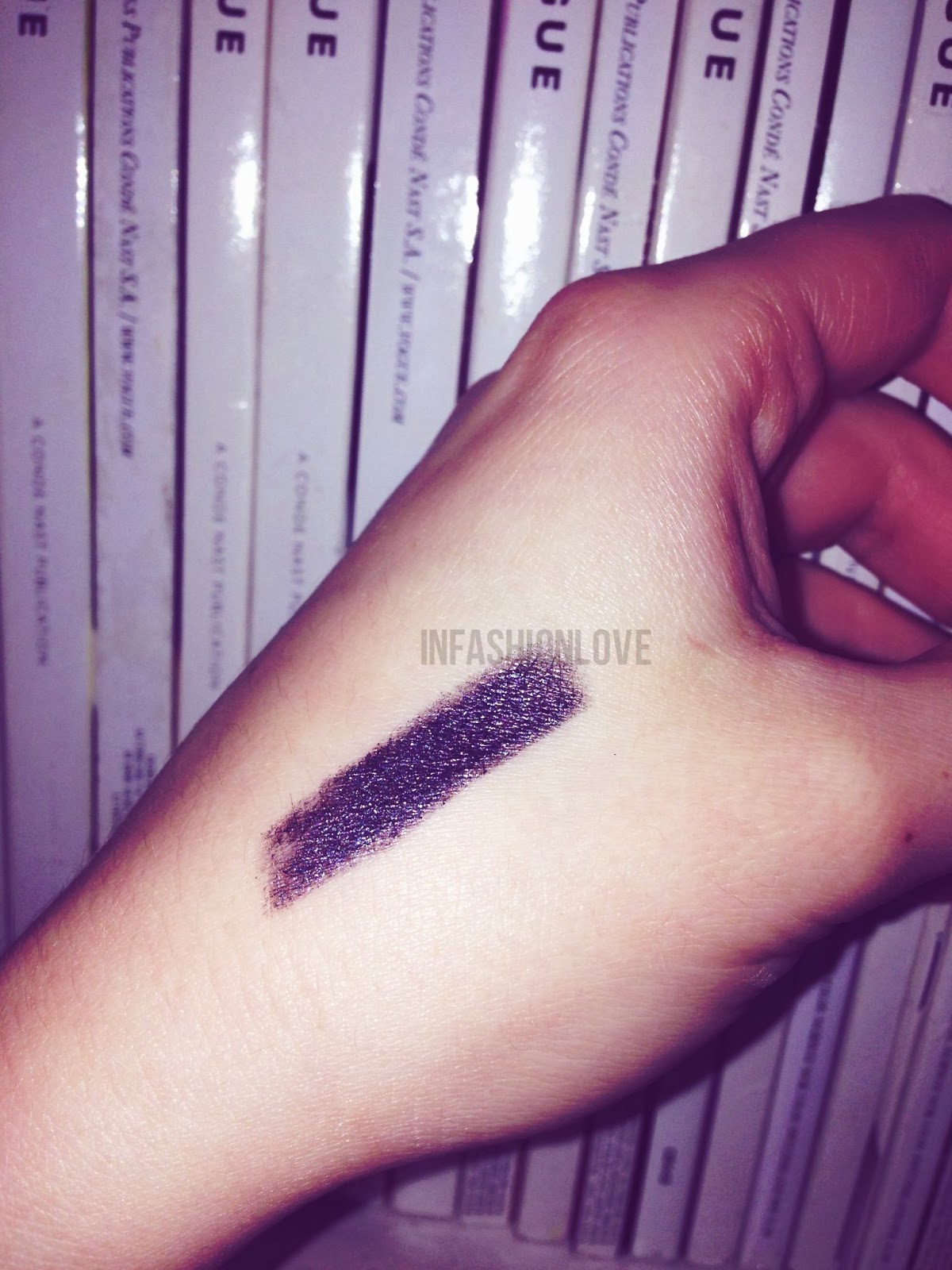 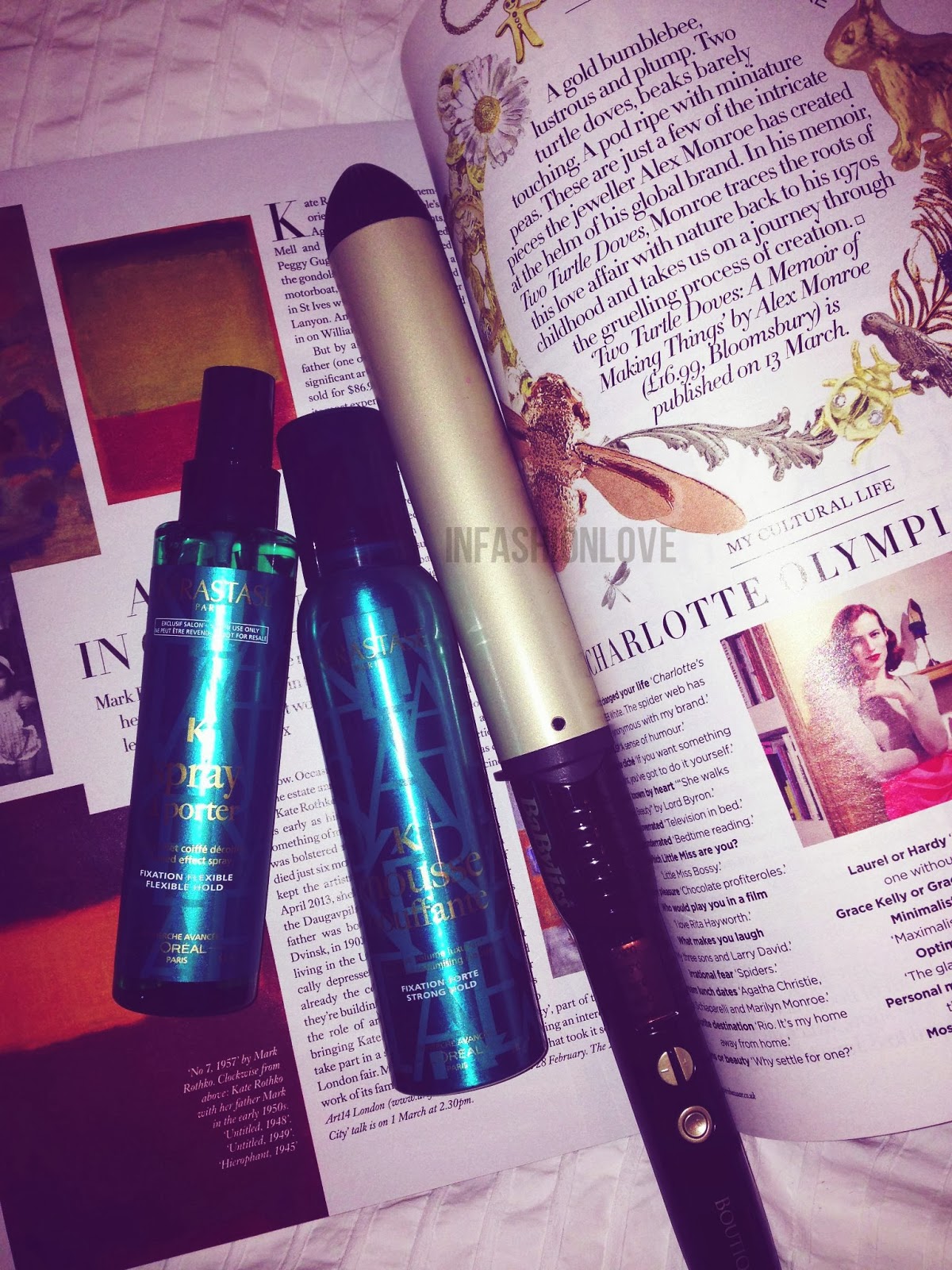 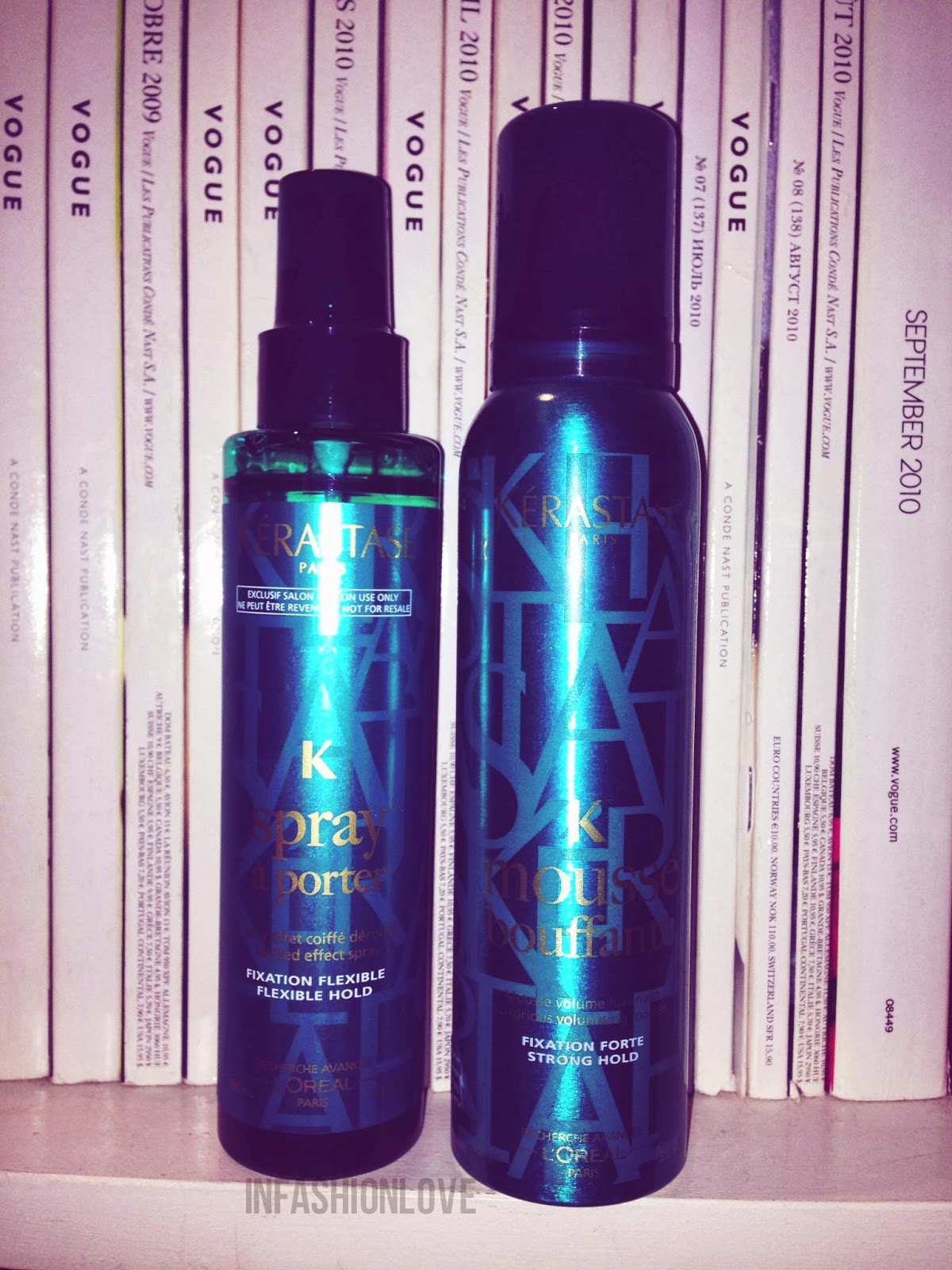 Hey Beauty Lovers! The best thing about last series of Made In Chelsea was Phoebe Lettice's make-up, literally! Phoebe has an edgy sense of style and she has more fashion sense than any of the others put together. I also love Phoebe's attitude and her legendary eye-rolls are fabulous... Her hair and make-up reflect her character perfectly, a modern rock-chick meets 70s bombshell. Phoebe wore very little make-up but strategically placed, in most cases it was a nude lip paired up with her iconic black eyelids. She would hardly ever wear any eyeshadow in the crease line, and just go for the eyeliner, either winged or just smudged but keeping it pretty thick leaving the rest as bare as it comes.

So to create this look I decided to use Kiko Long Lasting Stick Eyeshadow in Pearly Onyx Black, which I have from the Christmas gift set. It's a super chic shimmering black, perfect for this type of smokey eye. Although these eyeshadow sticks are meant to be long-lasting on me they start to smudge pretty much after five minutes, I do have oily eyelids so that might be the reason. I have also tried applying the Kiko Stick Eyeshadows over a primer but I find it makes the whole thing feel too heavy and sticky on the eyelids but it does pro-long the wear. But for this look I actually like this kind of lived-in texture so I don't mind a bit of creasage. So I go straight in and apply it onto bare eyelids, keeping the eyeshadow strictly on the moving part of the eyelid, that is the key to the Phoebe Lettice beauty look.

This look is great for hooded eyes, as Phoebe has super hooded eyes, which means when looking straight ahead you can't see the moving part of the eyelid, so it appears as if you are not wearing much at all. But as soon as you look down you reveal a nice bit of edgy blackness, which I think looks super chic and effortless! I also wing the eyeshadow just slightly to elongate the eyeshape and make it look just a little more sassy. The next step is optional as Phoebe doesn't do it often but I like to take the eyeshadow also under the lower lashes and soften the look by smudging the hard edges with a pencil brush. For extra depth I apply MAC Kohl Power Eye Pencil in Feline over the top lashes also winging it out and on the waterline. Apart from mascara there is nothing else on the eyelids, no primers, no highlighters, absolutely nada!

Hair-wise Phoebe often wears raised tops which involves back-combing, and also head scarves, all of which has that flamboyant 70s feel. But also quite often her hair is just loose and has a lot of movement, looking messy in a sexy way and super effortless. However, I decided to go for a beach waves hair look that I think it looks great with this edgy smokey eye. So first of all after washing hair, while it's still damp I applied a generous amount of Kerastase K Mousse Bouffante, which is a volumising and strong hold mousse. Then blow-drying the hair until it's 80% dry, following with the Kerastase K Spray a Porter, which is a texturising spray for that tousled effect with flexible hold. Both of the products have heat-styling protective agent!! And then I used my beloved BaByliss Soft Waves curling wand to achieve this look.

This is actually second day hair, because my hair never looks great straight after a wash or when it's freshly curled. Slept in hair looks much better on me, so you can see how well the hair kept the volume and the curls its shape. The hair actually looked great the day after too, it just needed bit of freshening-up with a touch of dry shampoo right at the roots. I absolutely enjoyed wearing this hair look together with what from now onwards I will refer to as the Phobe Lettice Smokey Eye, a new iconic signature look is added to my beauty terminology!