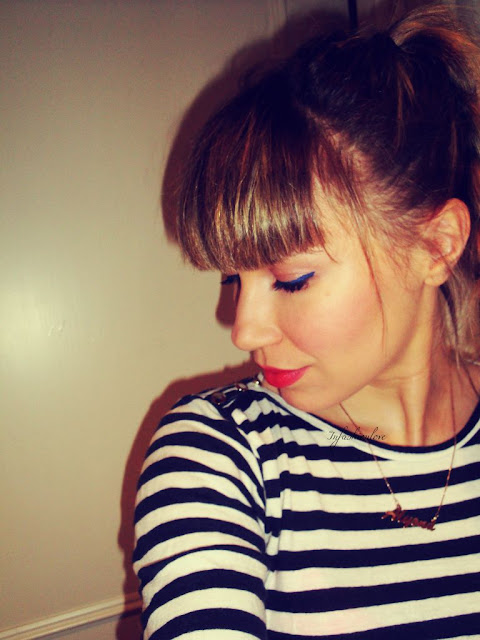 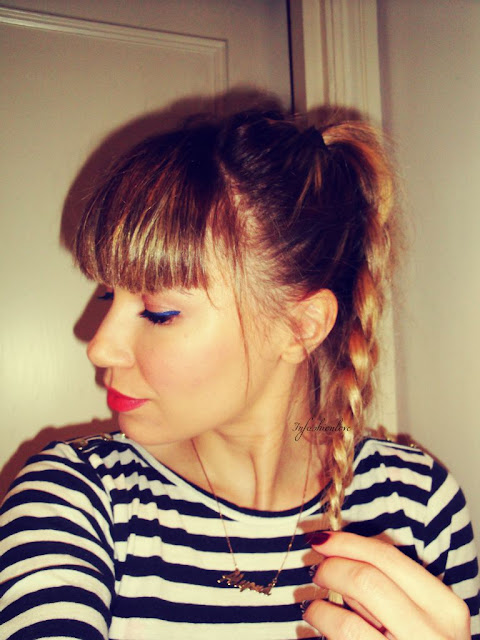 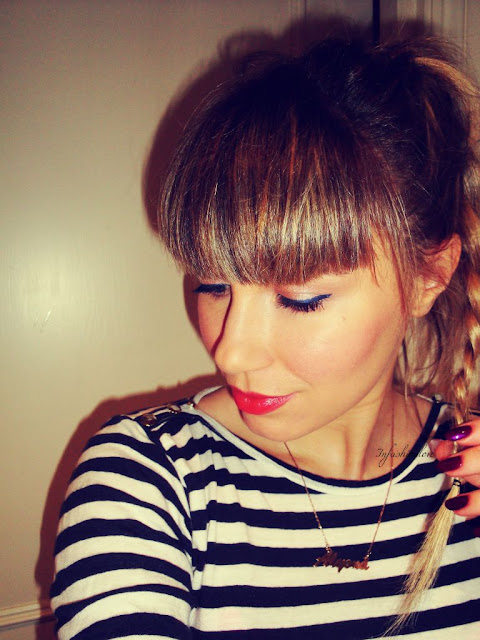 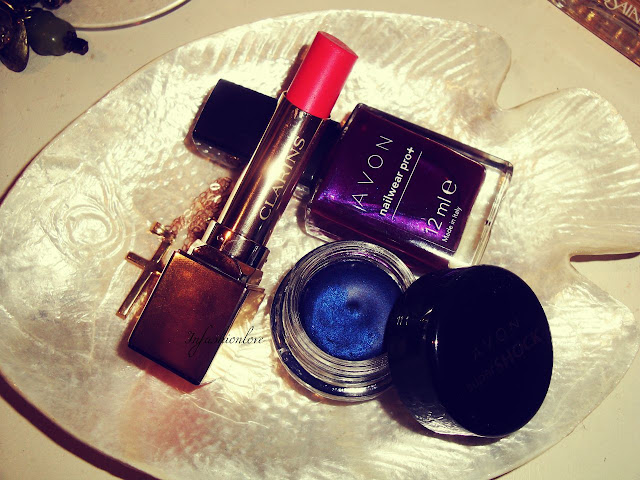 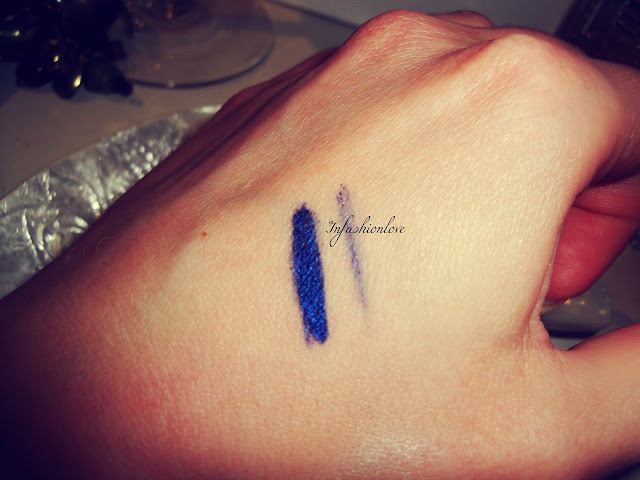 Avon SuperShock Eye Liner in Shimmering Sapphire has a fantastic build-ability, when you swatch it first it looks very sheer but it becomes incredibly pigmented in no time once you build it up...
Having oily eyelids I was actually amazed at the lasting-power! Although it's not waterproof it lasts as amazingly as the SuperShock Gel Eyeliner, on me actually even better!
Some of my waterproof eyeliners can transfer a little this one stayed like stencilled - great for the summer!!

Blue eyeliner and eyeshadow have been pop-ing up all over the runways, including Michael Kors, Moschino Cheap & Chic, and Stella MaCartney... Regardless what you put on your eyes the variety is wide, it can be an eyeliner or eyeshadow, applied on the lid or the waterline, thin or thick - what matters most in this trend is that the blues are vibrant, whether you choose a sapphire or a turquoise it's up to you as long as your eyes pop, that's the key! This stunning Avon SuperShock Eye Liner in Shimmering Sapphire doesn't come out as amazingly when I'm wearing it on the pics as it does on the pic as a swatch, but in real life it's just as saturated and beautiful! Shimmering Sapphire has a beautiful almost metallic finish, which makes it pop awesomely, is that a word(?) - if not, it is now!

In this trend however, the lips are kept nude, which makes the look that little bit more crisp and chic! But I went for a peachy lip as my complexion is incredibly pale at the minute, I really need to indulge in a good fake-tan. Until then, I find that whenever I have pale skin I either should do a super smokey eye with lots of black [eyeliner as well as waterline] then keep the lip nude, but if I'm sort of keeping it pretty bare in the eyeshadow department I absolutely have to stick on a bright lip to give my complexion a lift and look more fresh! Having said that, I actually really want to try this look with a nude lip once my skin gets a bit more colour!