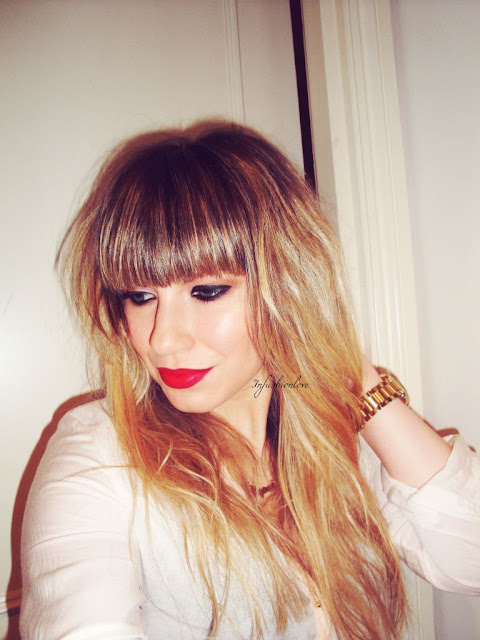 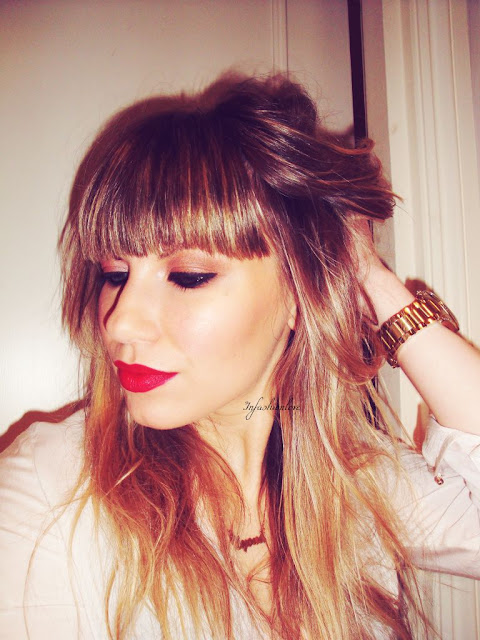 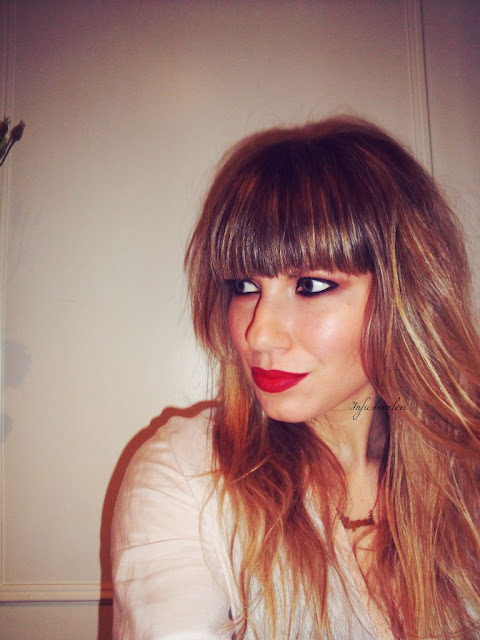 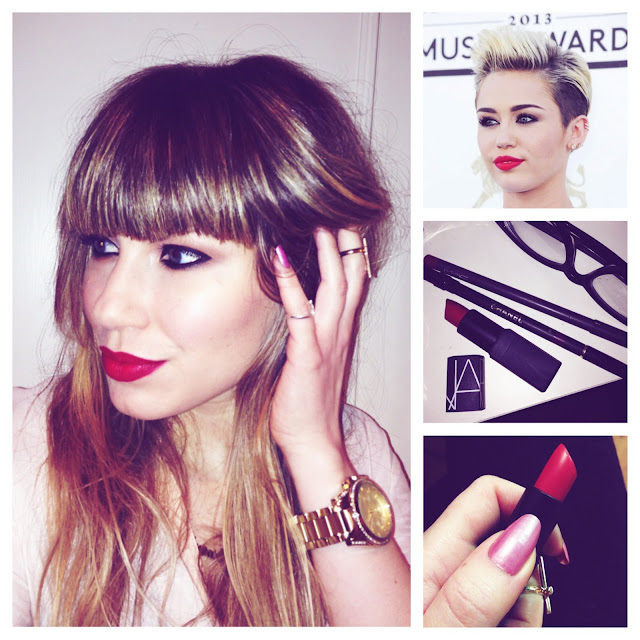 Last week I came across the images of Miley Cyrus at the BillBoard Music Awards 2013, I really liked this grungy version of the classic red lip and smokey eye. This smokey eye is particularly great for hooded eyes as it doesn't have the winged liner that usually disappears in the crease when you look straight ahead. Also the matte red lip she wore had an edge to it, with that gradual effect.

To recreate this look I have used on the Eyes: MAC Paint Pot in Nubile as a base, MAC Eyeshadow in Cork keeping it mainly on the lid and taking it into the socket, also blending it under the lower lash-line. For the eyeliner I used Chanel Stylo Yeux Waterproof in Noir Intense trying to visually elongate the eye without flicking the end up, just making the upper and lower liner meet in a straight line, slightly faking where the eye corner naturally sits. Also taking the Noir Intense on the waterline. I have smudged it slightly not taking it to far out, keeping it closely to the lashes - that is what gives this smokey eye a more modern edge.

On the Lips: I have use a combination out of three products, which created the most long lasting red lip I have ever worn. To begin with I filled in the whole lip with MAC Lip Pencil in Brick. Then I went with Nars Lipstick in Jungle Red [it's one of those velvet textures], then I blotted the lips to take off excess, and to create that darker gradual edge I lined the lip edges with Chanel Precision Lip Definer in 54 Amarante. Blending Amarante with a lipbrush so that it fades out, and then finally I reapplied a touch of Jungle Red, working the colour in with a finger this time, makes it look more lived in. This is a classic look with an attitude!