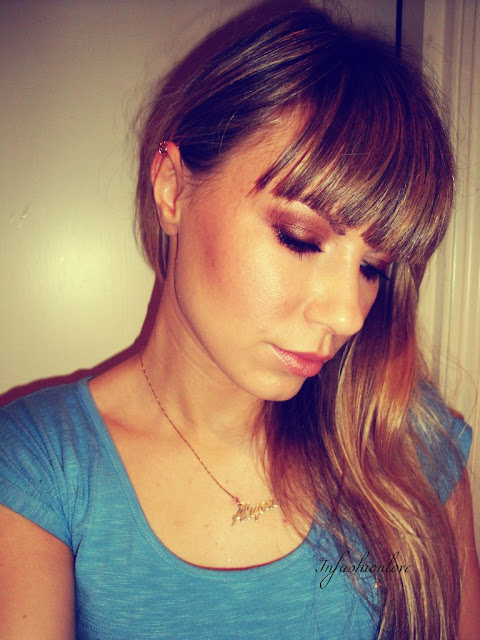 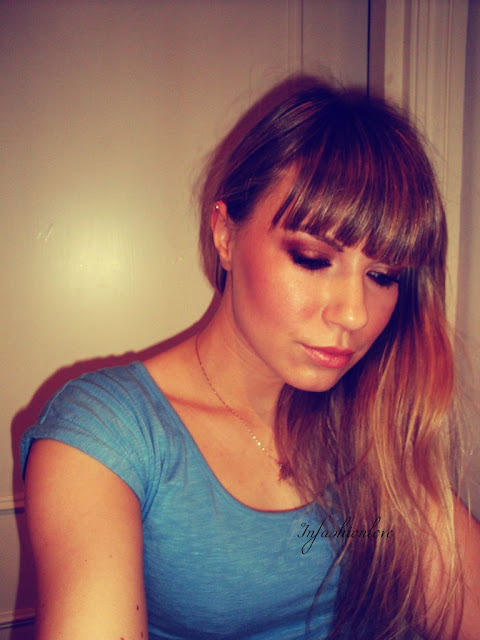 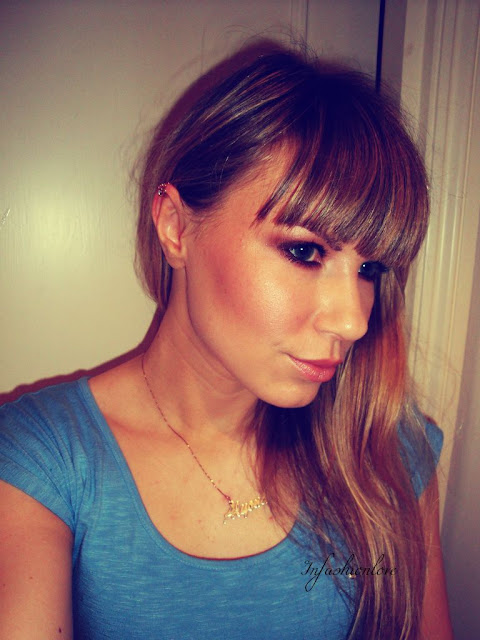 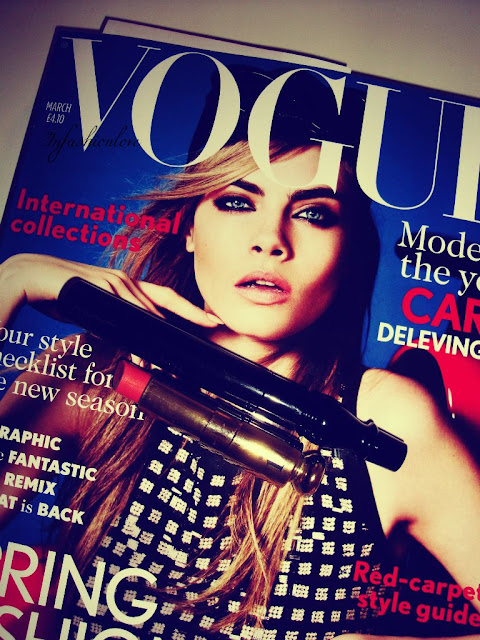 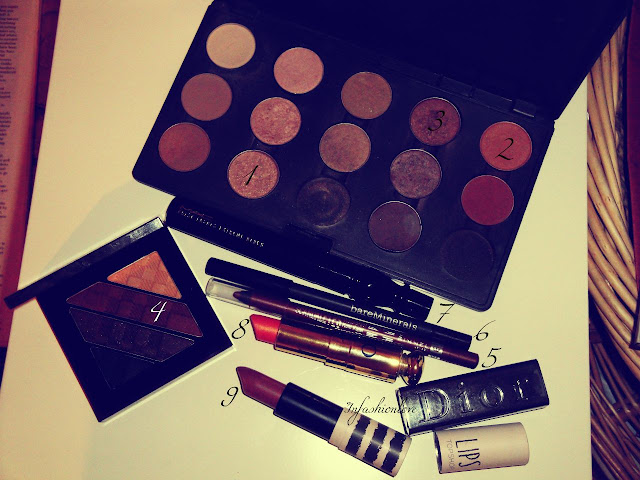 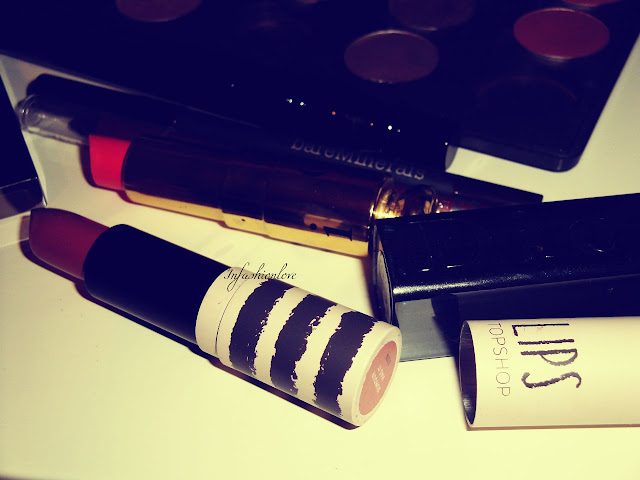 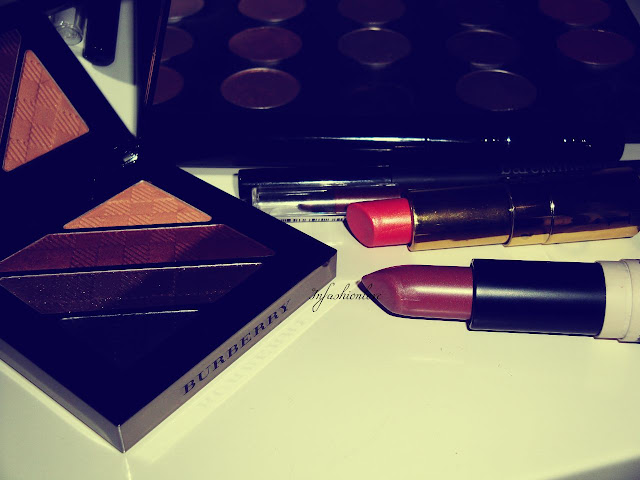 I adore Cara Delevingne! As I used to collect Vogue issues with Kate Moss on the cover I now do the same with Cara on it... I particularly loved the eye makeup she had on the cover of this month's Vogue... It's the type of eye makeup look I gravitate towards, the bronze and chocolate eyeshadow shades with dark smoked out eyeliner... Although at first it seems Cara is wearing a black eyeliner, I think it's actually a super dark brown, as it has that warm tone to it that black doesn't... This is an inspired look I created, and it's less dramatic and more wearable during day time for those of us who like to rock the smokey-eye during the lighter hours of the day as well...

Firstly I applied the MAC Paint Pot in Groundwork [forgot to include it in the pics], then in the inner corner and lid I applied Honesty to give that highlighted slightly shimmery look... And in the outer V I applied Texture to bring in the warmth, which always looks great in the crease... With Mulch I blended the two together, which took it a step further by creating more dimension and building up the depth of the smokey eyemakeup... Mixing Texture and Mulch together I also applied them with a pencil brush under the lower lashline... For that last bit of dimension I took the chocolate shade from the Burberry eyeshadow palette and blended it just in the crease-line and a touch on the outer corner as it is incredibly pigmented...

Next for the eyeliner to create the right shade I firstly applied the Rimmel Bronze [a true metallic bronze] on top and lower lashline, and on top of Bronze I applied the bareMinerals eyeliner in 7pm [a very dark brown] blending the two together creating a slightly bronzy dark brown... And for eyelashes I could have used some fake lashes to recreate the big eyelash look that Cara is rocking but it would be a bit much for the day-time, so I just used the MAC False Lashes Extreme Black mascara to give me that extra bit of volume!

And to finish off Cara's nude lip look has a little warmth in it to tie the whole look together... So I decided to apply Dior Sly Coral as a base blotting off most of it leaving a pretty a light flash of shimmery peachy coral... Sly Coral is a very old lipstick in my collection, if not the oldest, so it might have been discontinued by now... And to nude the lip down over the top I applied Topshop lipstick Rumour Has It also blotting at the end, which takes off the shininess of a creamy lipstick and mattifies it a touch for a more natural look... Et voilà!