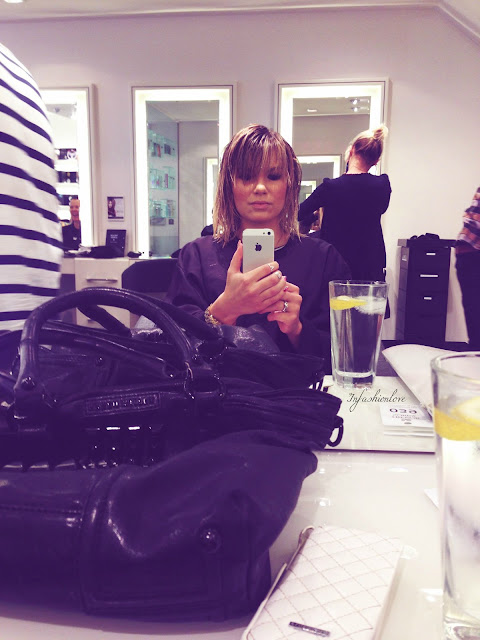 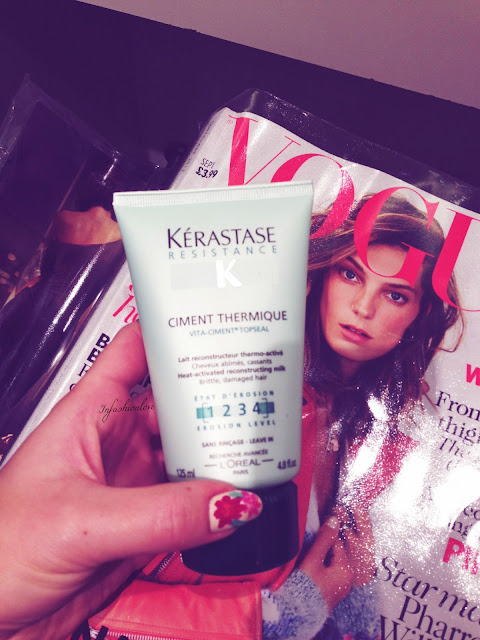 Tom used this Kerastase leave in conditioner before styling my hair, it's got lots of vitamins for damaged hair and I think it also has a heat protection. 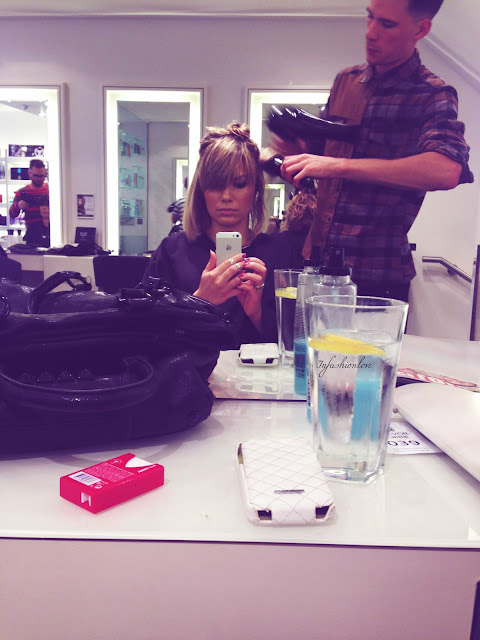 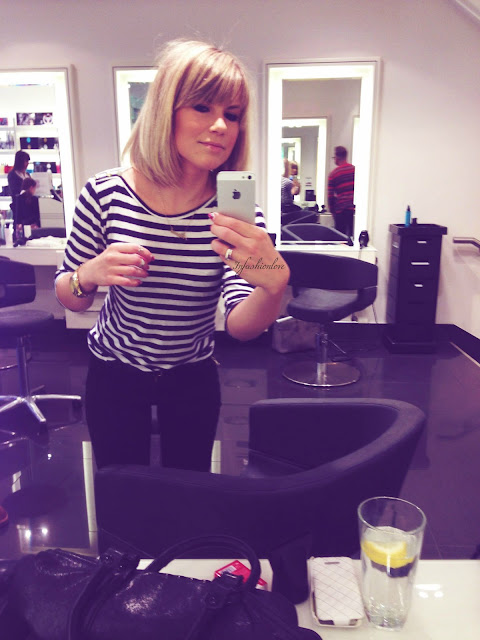 Also got to take off another two inches of my length, going even shorter than previously.
I find this length a lot harder to look after, shorter hair tends to be quite time consuming,
although I had so many people commenting how much they love this hair cut on me!

Hey Beauties! This year I decided to completely change my hair style and because I had a full-on fringe which I want to get reshaped into a lighter something it's not a transition you can do quickly. Besides my hair was so damaged that I decided to just cut it off and start fresh! So I thought it might be helpful for some of you who are stuck with a fringe and not sure what to do with it, so I'm going to blog throughout the year to share the progress. I started growing out my fringe almost three and a half months ago. I was thinking about it since new year and then finally decided to really push through it. After you stop trimming your fringe in about 2-3 weeks you hit the point when you either can't see a thing and need to pin the fringe back [which is the worst look ever] - this is the exact point when you feel like just giving up and going back to trimming the fringe. So just keep going, you'll need to pin the fringe for about two weeks, that's when you can start swishing it to one side.

At this point you would be roughly one month into the growing out process. For me it was another month before it was time to start thinning it out so that the sides of the fringe didn't look quite so bulky and would blend nicely into the rest of the hair. Then you just continue growing out the now thinned out sides of the fringe. Almost six weeks later my fringe was ready for another reshape trim, Tom my hairstylist this time trimmed just a small section in the middle and leaving the rest to continue growing out. At this stage my fringe is just starting to fall nicely, but it's just the beginning. I guess it will be another 3-4 months until basically most of the fringe is grown out and the new light version can be cut in.